Damagedear.com is a family-owned company. We got our unofficial start in 1959 when the legendary Pendleton High School football coach Don Requa informed my father that he was going to wrestle. My dad took his wrestling experience to the gridiron and had a great high school and college career.

Dad went to college at Linfield where he earned work-study money helping to coach their wrestling team in the early 1960s. His first teaching job after graduation included coaching wrestling and football. The more involved he became in wrestling the more he understood wrestling was special in the development of character and communities. He saw its power in the development of character and raised his three sons in the sport. We were the proverbial wrestling family: Dad coached, Mom worked the bracket room, and we wrestled. My friends' families went to Hawaii on vacation while we traveled to regional and national wrestling tournaments in small, dusty towns across the country. The experience was amazing, one I cherish to this day

In 1993, I became a wrestling coach at Churchill High School in Eugene, Oregon and have been there ever since. My life's work has been dedicated to the development and promotion of wrestling.

Our official beginning as a wrestling company started in 1995 in a small 700 sq. ft. workshop. Today we sell and embellish gear across the country and are proud to give back to the sport that has given us so much.

Thank you for letting us help you on the way to your own wrestling adventure. 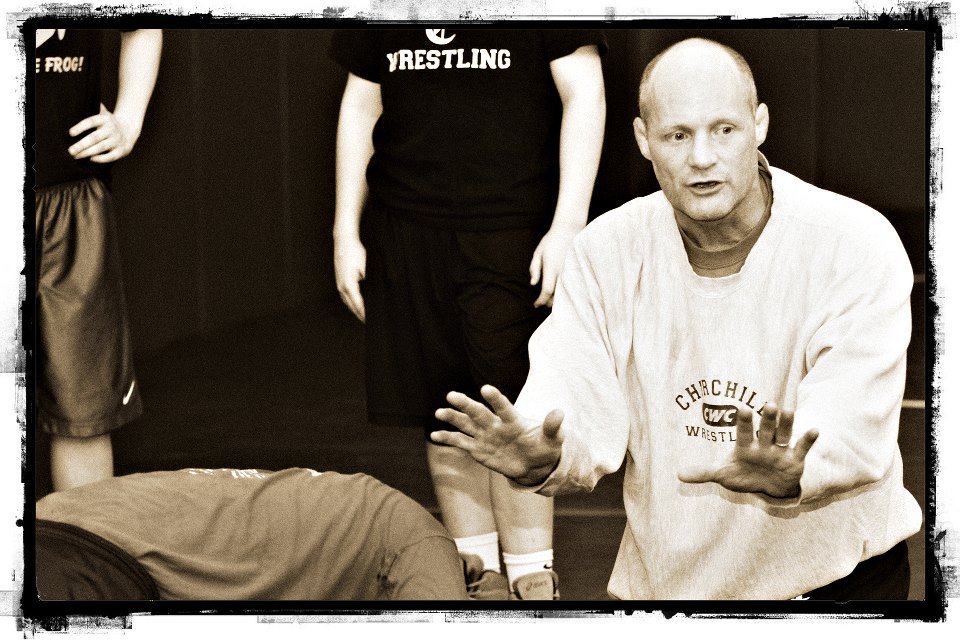